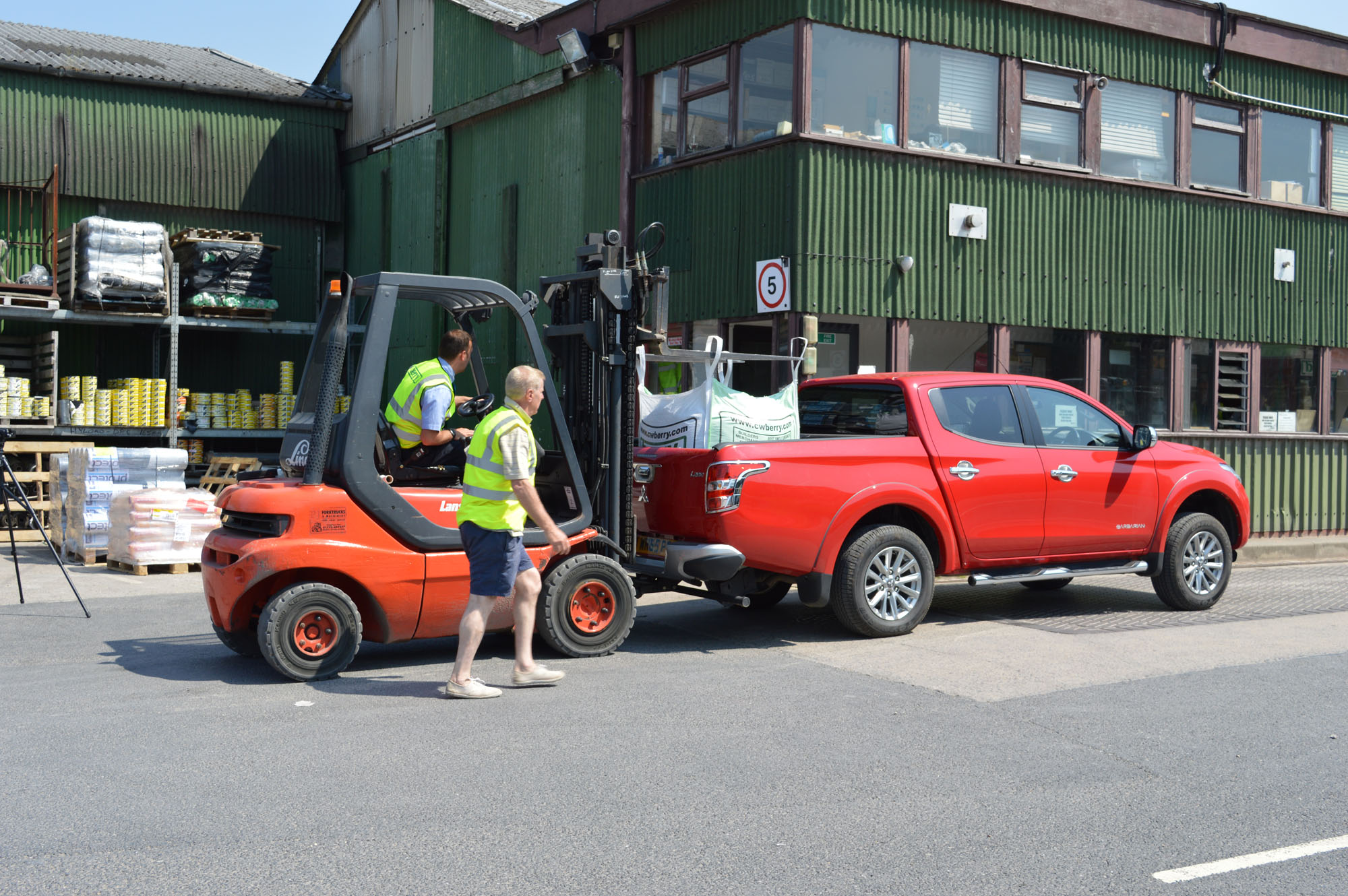 Payload is a huge issue for pickup truck operators; with the DVSA (Driver and Vehicle Standards’ Agency) increasingly cracking down on overloading. While all of the major players meet the 1,045kg threshold required for VAT reclamation, the difference between the highest and lowest pickup truck payloads spans almost 200kg. This list gives the Top 5 Pickup Trucks for Payload:

Despite using the same platform as the Navara, the extra equipment, sound dampening and wider track of the X-Class means that it weighs almost 250kg more. Thankfully, Mercedes-Benz has updated the brakes and suspension so that it can carry more too, and it therefore just makes it into the Top 5. As the X-Class employs coil spring suspension at rear, loading anything more than 500kg leads to significant ‘sinking’.

The Isuzu D-Max was the second pickup truck, after the Ford Ranger, to offer a 3.5t towing capacity when it was launched in 2012. In terms of payload, it also ranks fairly well – offering up to 1,126kg on the base-spec Utility model.

There’s a small 4kg step up from fourth to third with the Toyota Hilux. While single and extended cab models are capable of carrying larger payloads, the double-cab Toyota Hilux – in base-model (Active) form – is limited to 1,130kg payload.

While the Volkswagen Amarok is the only pickup truck in our Top 5 not able to tow 3.5 tonnes, it does offer an impressive payload. The 3,290kg gross vehicle weight is the highest of any pickup, which is enough to carry the heavy Amarok chassis in addition to up to 1,154kg in payload.

DEFRA is growing its fleet of Mitsubishi Outlander PHEV Commercial vehicles as it strives to lower its transport emissions and set a positive example.

END_OF_DOCUMENT_TOKEN_TO_BE_REPLACED

New Isuzu D-Max Pickup To Start From £20,999 as Prices Revealed

The new Isuzu D-Max has arrived at UK dealers, where it is now available to order with prices starting from £20,999 plus VAT.

END_OF_DOCUMENT_TOKEN_TO_BE_REPLACED

Nissan Navara To Be Axed in the UK as Facelift Cancelled

As a facelifted Navara goes on sale around the world, Professional Pickup & 4×4 has learned that Nissan is withdrawing the popular pickup truck from sale in the UK and Europe.

END_OF_DOCUMENT_TOKEN_TO_BE_REPLACED

The next-generation Ford Ranger, due to arrive in the UK in 2022, will be available with zero-emission electric power as Ford invests $1bn in its EV future.

END_OF_DOCUMENT_TOKEN_TO_BE_REPLACED

Land Rover cancelled plans to turn the new Defender into a pickup truck, but it may be softening its position and planning a new open-back model.

END_OF_DOCUMENT_TOKEN_TO_BE_REPLACED

A limited-edition Ford F-150 pickup truck with rocket boosters and glowing wheels will soon be available to buy, thanks to a collaboration with Psyonix.

END_OF_DOCUMENT_TOKEN_TO_BE_REPLACED

Dacia is returning to the commercial vehicle sector with its new Duster Commercial, a compact SUV-based van with four-wheel-drive capability.

END_OF_DOCUMENT_TOKEN_TO_BE_REPLACED

Isuzu has recognised its standout pickup professionals in an online dealer awards ceremony that included black ties and even celebrity guest appearances.

END_OF_DOCUMENT_TOKEN_TO_BE_REPLACED

Arctic Trucks has taken the new Toyota Hilux and added its unique blend of extreme engineering and rugged style to the 2.8-litre Invincible X, creating the latest AT35 model.

END_OF_DOCUMENT_TOKEN_TO_BE_REPLACED

Ford is investing more than a billion dollars in South Africa as it readies its operations ahead of the launch of the next-generation Ranger pickup truck.